Is one of a kind Dj School which offers to educate all kinds of music enthusiasts, of all age groups. With a state of the art infrastructure and trained professionals to guide and educate students, We present to you Lemon - Dj & Music Academy by India's No.1 Dj

If you were always inclined towards making a mark in the Dj industry as a Dj or Music Composer look no further than the Lemon Academy. We will have you covered in all prospects with detailed knowledge, state of the art infrastructure, trained and experienced faculty and a perfect environment for all age groups. 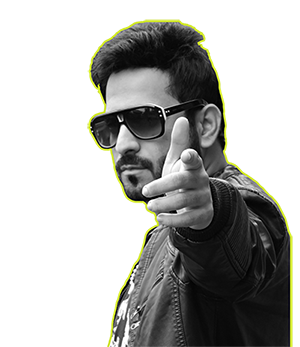 Started his musical journey in the small town of kolhapur, where he along with some local djs started organizing events and parties, which eventually made him popular locally.

His passion for music knew no boundaries and nor did his dreams to perform globally, which got him to learn the art of making music at his small home studio setup.

His creativty for making soothing love remixes worked in his favor and really made his mark in the bollywood remix industry. His claim to fame was the super hit remix of the track Dua - Shanghai which made him an international sensation.

Dj Lemon has been appreciated by the masses as well as the gurus of the music industry who have always supported him in his work towards making good quality music.

Currently having travelled around over 20 Countries around the globe and having performed at the most prestigious night clubs in and outside India, there has been no looking back for this man on a mission.

Having said that he has always been modest and deeply rooted to human relations, and always wanted to share his knowledge and experience with young and talented music enthusiasts, and with the help and guidance of his close industry friends decided to open the state of the art Dj/Music Academy which would cater to anyone who would like to learn the art of being a dj and making his own music. 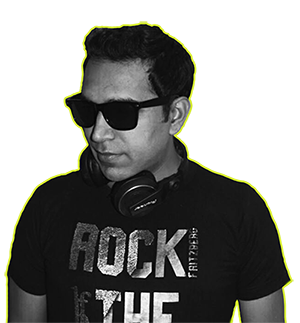 Vinay Sangtani a certified music programmer from Point blank - London, is the creatively distinctive artist with in depth knowledge about music creation and sound design. One of the key member to support our initiative in taking our academy to a global recognition.

Vizkid also holds a strong sound inventory which makes him even more robust in technical know how.

Having him as a part of our faculty has given us an different edge to the students who wish to acquire an all round knowledge about making music and installing sound inventory. 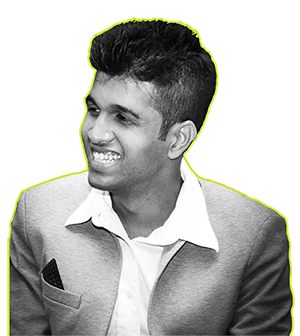 Calm Dynamic & perfectionist is what we call him, and that is exactly what you can expect when he delivers his knowledge for making music.

Abhishek has been actively making music since 10 years and has been hugely popular for his soothing reprises & remakes which have been made to perfection for any music lover.

One of the few artist from india who have been featured in the trance segment on Beatport associated with record labels - D-MAX RECORDINGS, NEO RED RECORDS, PULSAR RECORDINGS and many more.

Which has been a huge achievement for an Indian Music producer to be featured on the No. 1 website in the world for underground music producers. 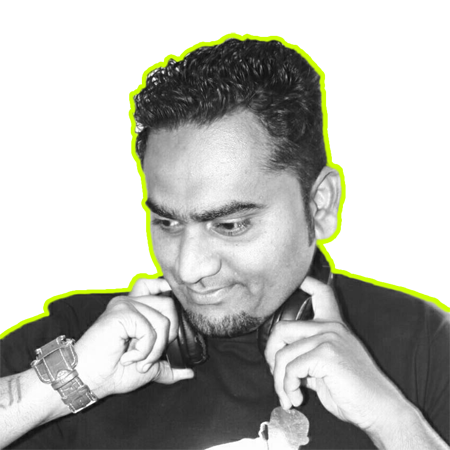 Started off in an early age as playing guitar and other synth instruments, this Pune lad has become an entertainer with his own vivid styles. Tabling out as a resident DJ at clubs around the city DJ R Factor has shared his console with leading djs of the Nation including Aqeel & Akbar Sami.

A Disc Jockey, A composer & fledged player of using MIC Techniques, he believes in spinning his own styles which include genres varying from house music to bollywood to electronic.

A true spirit of Showmanship is an absolute mark for him. DJ R Factor is currently a Resident Dj at Double Tree by Hilton and has been a prominent face of the clubbing scenes in and around the city 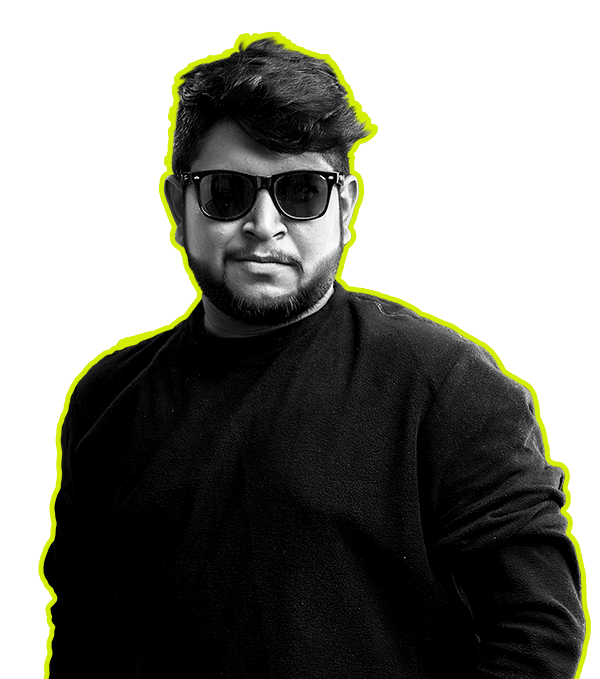 ABHI was born in the city of Nashik, India. He started his career 9 years back. A popular Disk Jockey in Nashik’s gig circuit known for his awless mastering in electronic music at a young age and started Djing at the age of 17.

ABHI has learnt the skills of playing classical instrument such as Tabla in his childhood. Hence the interest in music continued through out his teenage which later turned out to be a profession for him. Inspired by listening the remix tracks ABHI developed his skills in Electronic Music Production and Djing. He started experimenting with his tracks on sets where he performed at his gigs. His music can name the unnamable and communicate the unknownable. 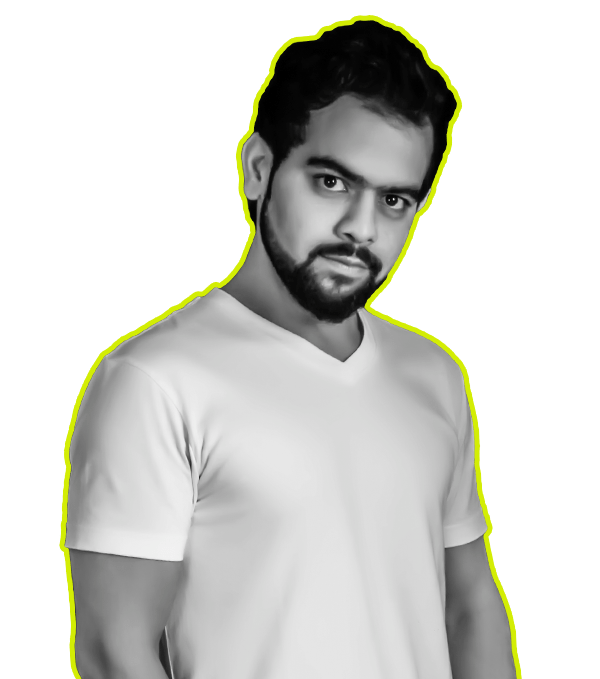 Noise Faktory is the brain child of Sukhvinder a.k.a. Sukhi n Vicky . Leading a very successful solo career in their hometown Pune for almost a decade they both decided to join forces n came up with Noise Faktory .

Holding residencies at many of the leading clubs in the city individually they bagged themselves the first NoiseFaktory residency with Pune’s leading club Mi A Mi . Have also done guest sets for a packed house at Paasha , Penthouse , Playboy Beer Garden , Euriska , The Flying Suacer , Bottle Rock and so on. 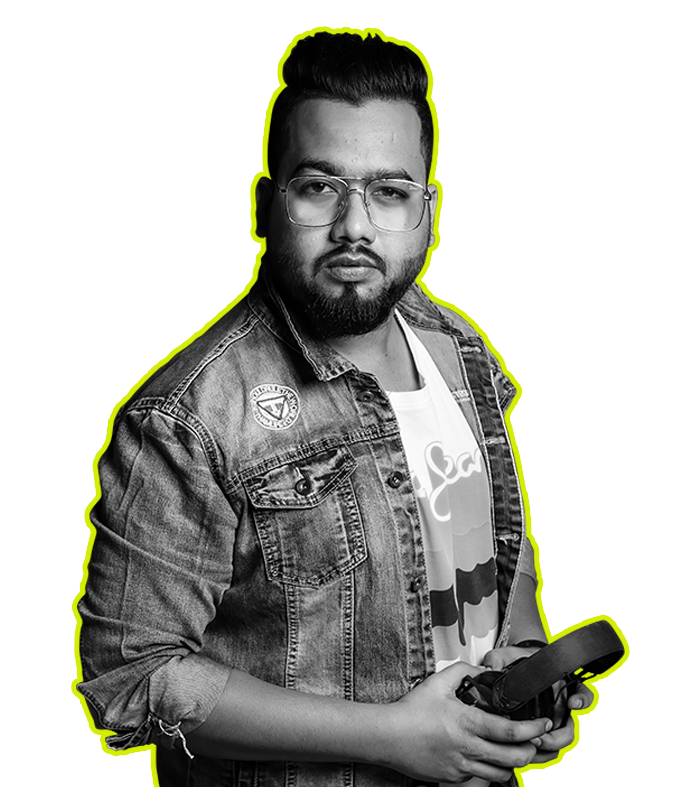 DJ Amitt from Pune, has vivid & long divine experience of tabling music, since 2010.

Amit had a proper taste of clubbing music at very early age. He is known for more often with his unique collections & his style of spinning. He performed overseas & also been resident DJ of 2 clubs in Singapore